Today I made my first ham radio contact in about 5 years! With the rain at Cape May we’ve had some much appreciated down time. I had been working on repacking, but needed to be extra quiet during nap time.

So I broke out my hand held and programmed in a local repeater. (That took the first hour since I had long forgotten how to set it up) I put my call out “Good afternoon, this is K3FXS”, and got an immediate response from the repeater operator! A nice chat for a few moments, but I was back on the air!

Next up was to assemble my Arrow Antenna that I use to use for satellite contacts.

It’s called an Arrow since it’s made of lightweight aluminum arrow shafts. When apart, it’s in a cloth bag about 3″ by 22″, so it makes it very transportable.

At this point we are at dead low tide and my direct shot is through the Rt 109 bridge. But I was able to make a simplex (direct) contact on 446 MHz at both 5 watts and at 1 watt. So with the Arrow I should be able to communicate with (aka “hit”) the repeaters everywhere we go.

Next up will be to get the other radio to work. That will need a sunny day since that antenna needs to be mounted outside. But it’s great to be back on the air again!

Trip to Cape May NJ 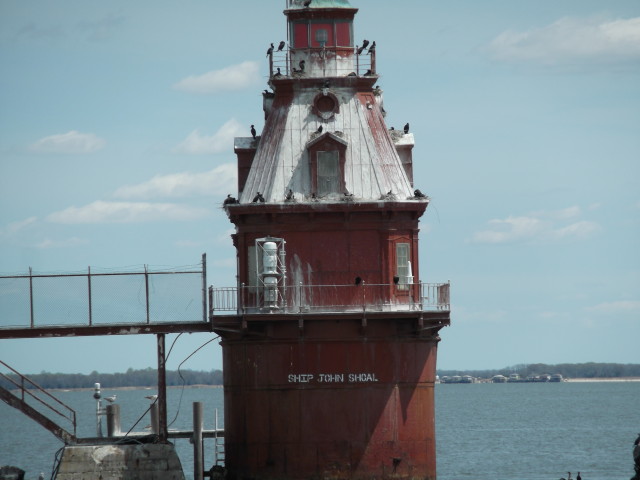 We arrived in Cape May on Monday afternoon after about 6 hours on the water.  I played with the time lapse video a little more this time, and we were able to capture the docking and undocking.  Time on the video is still under 5 minutes.  We plan on doing this for each leg of the trip and since sometimes the scenery going by in a video can get boring (want to see slides of our trip???) I will try and point out any highlights in advance so you can skip ahead if needed.

Some pretty sights from the bay: 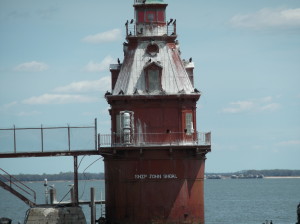 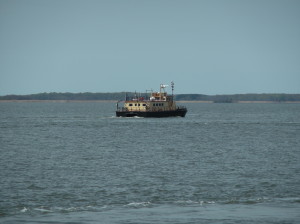 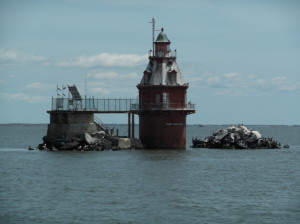 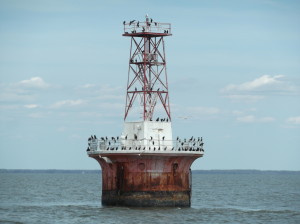 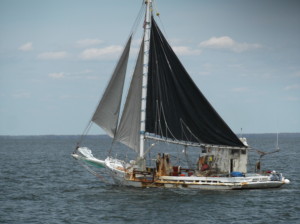 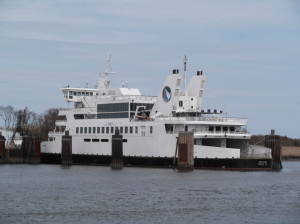 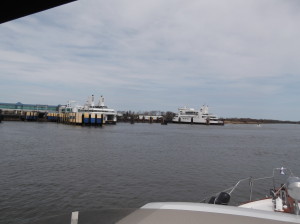 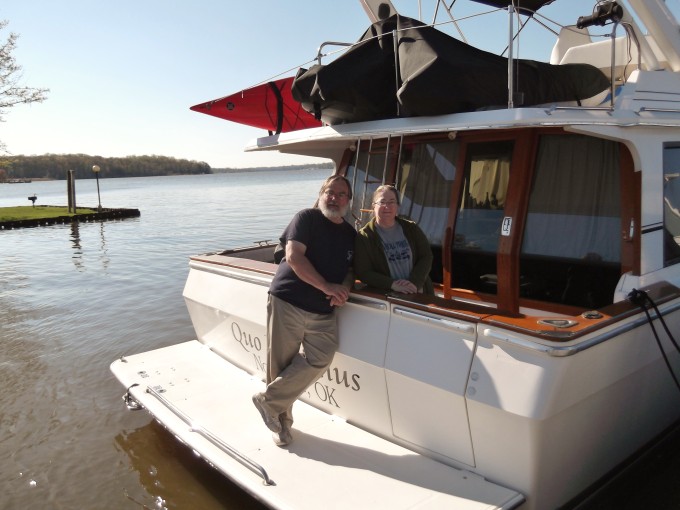 We left our dock at 8:00 to make a quick stop at the fuel dock to top off the tanks and where Ken was kind enough to take a picture of us.

50 gallons in each tank took a little while, so in the meantime I worked on setting up the GoPro.  Background – folks at my work were very excited for us and gifted us with a great action camera along with some accessories at my going away party (thanks ACSI!).  After the tanks were topped off we set sail, and shortly thereafter I was able to get the camera going.  While we didn’t catch any undocking or docking action, we learned about our battery limits and camera placement.  There are a few items of interest in the video here and the time lapse video is under 4 minutes.

It was a beautiful day and an uneventful trip of around 3 hours.  I spent a good part of that time bringing some organization to our chaos – the result of the past week’s numerous trips from home to boat. We arrived at Delaware City Marina accompanied by a little breeze and a strong current, but docked safely with the able help of marina owner Tim and his assistant.

Foster was pleased, they have floating docks so that makes it easy to step on and off the boat via the swim platform. The marina also gives a discount to people that belong to the America Great Loop Cruiser Association. The owner had seen our flag when we docked. Marina has a great store with gifts and boat parts and is a 5 minute walk from the center of Delaware City. If all the marinas on our trip are like this we will have a wonderful time.

We put a few final touches on the cleanup and were ready to welcome our first guests at 3:00 for our open house.  Several friends stopped by, and we enjoyed showing off the boat and chatting for the next couple of hours.  The rest of the evening was spent sorting out video editing software and connectivity challenges. 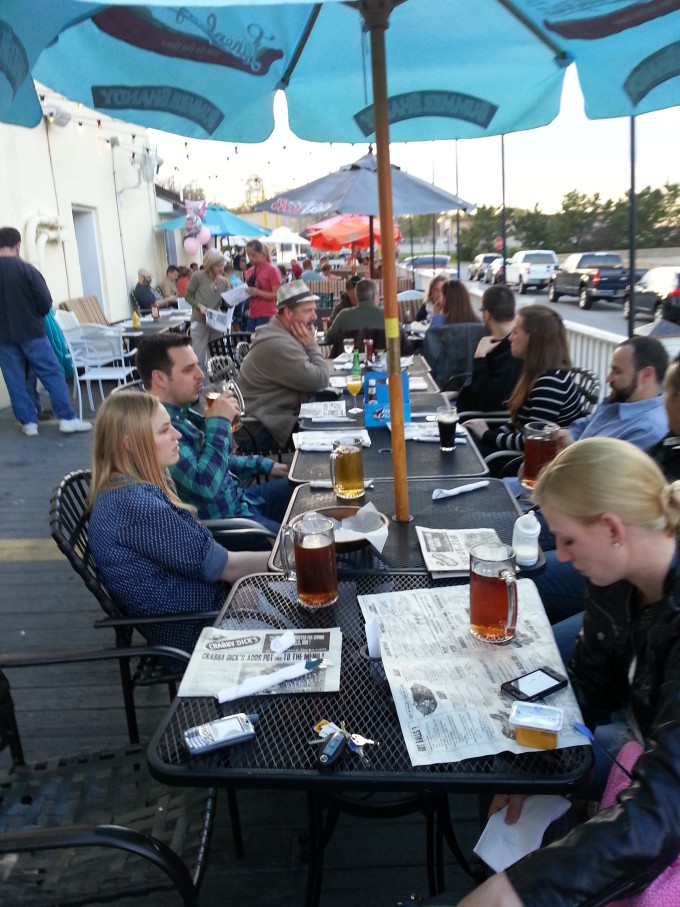 The Schucker clan gathered to help see us off, and we had a nice dinner at Crabby Dick’s in Delaware City. The rain only spitted on us a little bit.  Since we missed our launch date we drove up from our home marina.  Dave wasn’t able to join us due to work, and he was missed!  Elizabeth Jane wore a cute sailor outfit (complete with pirate shoes) in honor of the occasion. 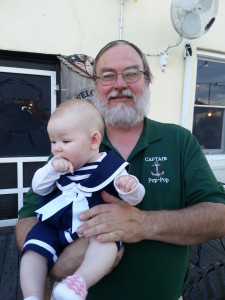 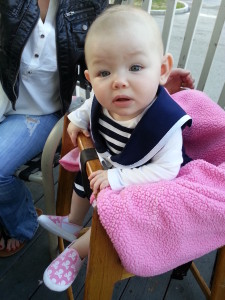 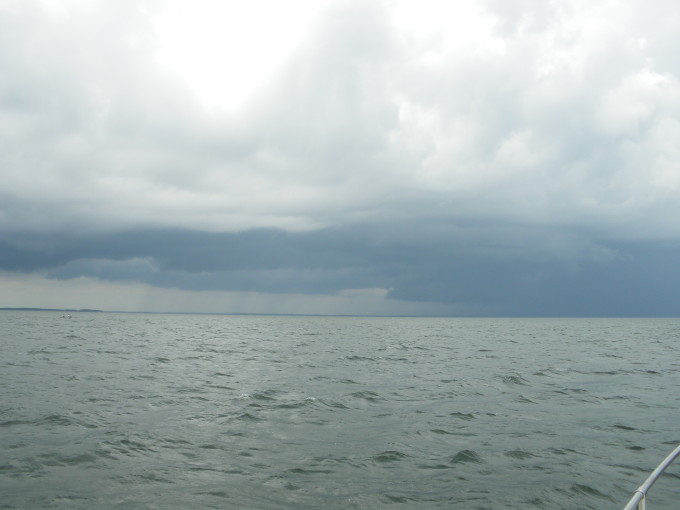 We were so looking forward to tomorrow’s departure that it’s a shame the weather is not cooperating.  The rain is not the worst problem, it’s the wind.  As a result we are going to delay our departure from our home dock until Sunday, which delays our open house (open boat?) for a day.

From our new first mate, Kilted Pig: When the bands stop playing, and the beer is gone, and somehow, ye’ve lost yer kilt… there’s only one thing to left do…. RETIRE.

The Wee Piggie is embarking on the retirement journey of a lifetime with Captain Foster, Susan, Belle – sailing around the Eastern United States in what is called “THE GREAT LOOP”.

Wee Kilted Pig has had many adventures so far: Scotland, Ireland, Italy, Russia, The Dominican Republic, Las Vegas, oh, and SKYDIVING?!? But this is really one for the history books folks! What’s even better, is that the spirit of Wee Kilted Pig will live on and continue his usual shenanigans, while ‘First Mate Pig’ will take on the duties associated with water life…. Including but not limited to grog procurement, mermaid control, penicillin injections, pirate poker league organization, and avoiding being buried in the kitty’s litter box. Oh, yeah… and maybe not trying to fall overboard….

Kilted Pig’s Facebook is public and welcomes new friends! See his current, past, and cloned adventures, and follow his journey on the Facebook places map and
Great Loop Album

For those of you who are new to the adventures of the Pig, there is a cartoon called Pearls before Swine where one of the main characters is Pig. My daughter has a stuffed version that she has taken all over the world with her. We’ve offered to take “First Mate Pig” with us on another adventure. 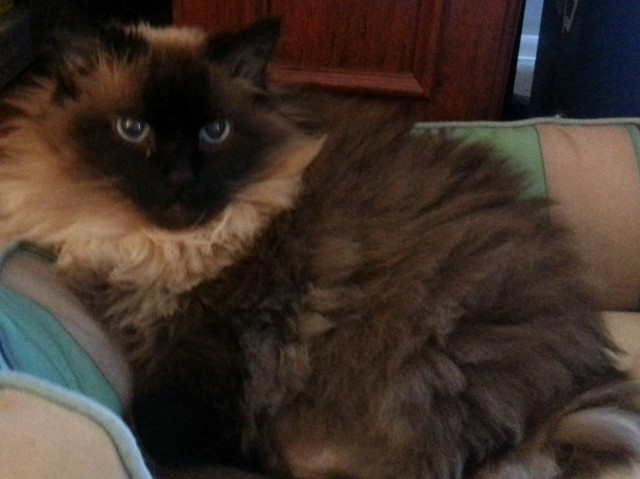 We’re a little concerned about our kitty, Belle.  She is about 15, a shelter kitty, so we’re not sure of her exact age.  She’s been with us for 13 years and was estimated to be 2 years old when I got her.

The vet moved her to a senior diet last year for kidney support, and redid her blood work this year which is a little worse. She’s lost a pound (10% of her weight) and her creatine level is up, although still below the danger point.  The vet gave us meds to stimulate her appetite and a sample pack of prescription food which supports renal function.  We won’t transition her to the new food until we have been on the boat a little while because it would probably be too stressful for her, and she may not need it yet.  It’s a wait and see situation.  One thing I feel sure of is that she would be more stressed at not being with us if we left her at home, and she probably would not receive the care we can give her since we are with her 24/7.

At any rate we need to be aware that we may need vet services on the way, or we may need to restock this special prescription food on the way. 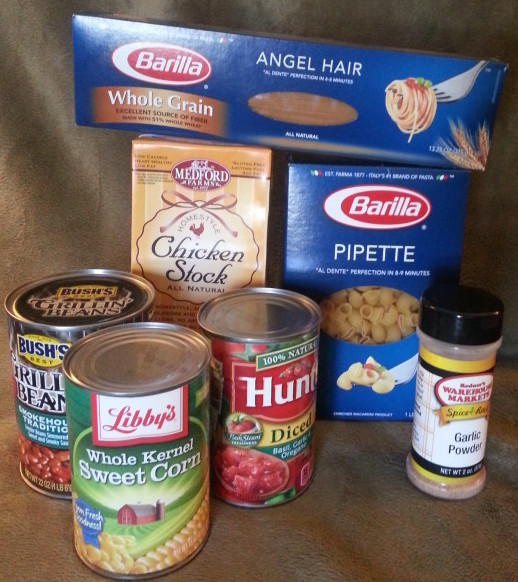 We’ve spent the last 18 months planning for this trip and now there is less than a week to go.  We’ve spent the last couple of days running errands – organizer bins, socks for FS, getting my prescriptions in order, picking up vet supplies, and non perishable grocery items.  It’s a good thing we both have project management experience, otherwise we might be panicking.

I hit a good sale day at the grocery to stock up on canned goods, dry mixes, and toilet paper.  95% of what I bought was on sale, so I am happy about that.  I am waiting to buy meat for a couple of days and will stock up our freezer.  I’m planning on freezing it at home and transferring the already frozen meat to the boat freezer so it doesn’t take too long to freeze.  We have a good selection to choose from when we are cooking in, which should be most nights.  Since we will always be close to shore, we will pick up perishables along the way and hope to be able to find local veggies & seafood relatively easily.

Today we’ll be running down to the boat to bring more of the stuff we’ve accumulated for the trip – and clear out the guest room for Dave who will be house sitting for us while we’re gone.  Foster will be meeting the Coast Guard Auxiliary for a safety inspection and I will be organizing my kitchen and other areas.

If we’re lucky we’ll have time for a nap!