On the water for 60 days, this is a quick status report.

Susan and I are still on good speaking terms, so from that standpoint the trip is going really well.

Belle has become more active and interested in her surroundings. She now sleeps at different places during the day rather than just her basket. The pilot house for sunny morning naps has been a favorite. She interacts more with Susan and I, following us around. Yesterday Susan was in a chair on the grass. Belle crossed the swim platform and made the 10 inch jump to the dock. Belle has also started to lay across the pilothouse door frames to see what’s going on outside. 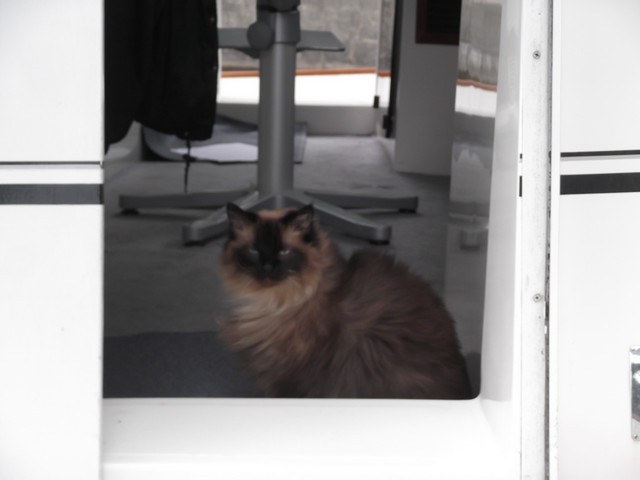 Susan and I have both been biking more. I finally got the seat adjusted so that my knees don’t hurt as much. Susan has been out more than I and she now can ride an hour without much effort. (I’m still at the huffy/puffy stage.)

We are also doing well on the exploring new places, trying new things. We’ve resisted the siren song of fast food and the chain restaurants. With only some minor exceptions the food has been very good. The http://qvmarine.com/about/food-we-have-eaten/ page has mini reviews.

My latest passion is for Ontario Butter Tarts (Thanks Phil!) A butter tart is butter, sugar, syrup, and egg filled into a flaky pastry and baked until the filling is semi-solid with a crunchy top. They can come in flavors, but I like the plain ones the best. I’m making an effort to hit different bakers to try the different ones out. The lead picture has ones from three different bakeries. The yellow is lemon, the same flavor as a Lemon Meringue pie. The other ones are the standard “plain” ones.

Quo Vadimus is working well. The propeller shaft goes through a bushing to exit the hull. This bushing has a wax coated fiber material in it to keep it from leaking. To keep it cool and not melting it is supposed to leak a little water. The water acts as a lubricant. Normal leak rates are ~5 drops a minute. Mine had been about that and in NY became 1 per second (about 6 gallons per day). In the recent weeks it was up to 2 drops a second (12 gallons a day). At Orillia I had both sets of shaft seals replaced with the new Goretex braided cord. They are designed to be drip-less. In the picture below you can see how worn the old cord was and in the center is the new cord. 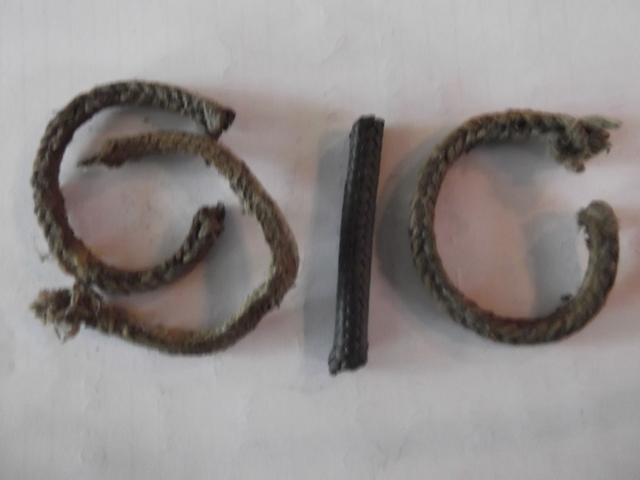 Fuel usage is about what I had planned on, we are getting just over a mile (1.15) per gallon of fuel. That rate will go down as we start doing some longer open water runs at higher speeds.

Our docking and locking skills have gotten better. If you count a lock tie as the same as a dock tie, then we’ve done more dock ties in the last two months than we’ve done in the last three summers. We’ve done 31 locks in the Erie Canal system and 41 locks in the Trent Severn for a total of 72. (We’ve stayed at 52 different places). We have two more locks and the Big Chute Railway to do next week and then we have about a month to our next lock at Sault Ste. Marie.

Finally, we’ve met a lot of interesting people in the places we’ve been. Pretty much everyone has been friendly and helpful, some, like Freya, have gone really gone out of their way for us. Oddly, we’ve only met a few Loopers on the trip. Not sure if it’s because we are staying in odd places or that there are not that many loopers yet.

So for a TL;DR, we are having a great time, miss those of you we left at home. This is turning out to be the adventure we thought it would be.