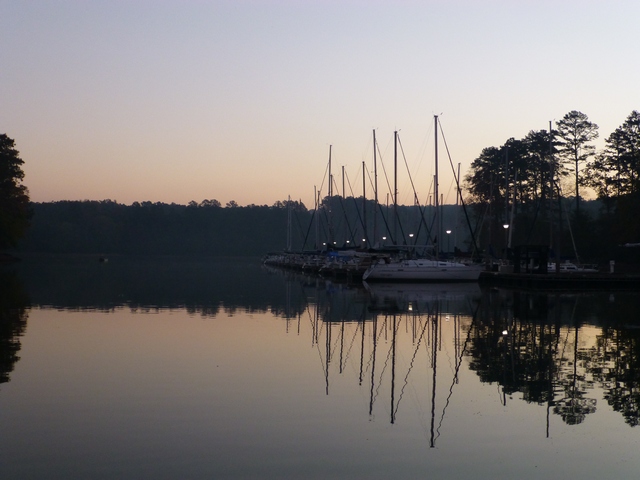 Hard to think we’ve been on the water for 180 days. It seems like yesterday that we were having dinner in Delaware City. We have covered 2564 nautical miles or 2949 statute miles, so from a distance standpoint we are at the ½ way point. Unlike our poky progress through Canada we’ve made some huge jumps. In the last three weeks four days were over 50 miles long, one was 96 nautical miles (110 statute miles) So we are getting close to being back on plan. There are some long days coming up, but we are also planning a three day trip to New Orleans.

We took a long break in Green Turtle Bay to go back to Pennsylvania for a funeral and a few extra days to rest up. We were able to see the most amazing grand daughter in the world. She is in that pre-walk stage, I’m going to guess as I post this she is now walking / running. She is also working on saying “Capt Pop-Pop”, she should have that down by Christmas

Susan and I are both doing fine. We will both be happy to get off the river system. It’s intense driving, needing to watch every minute for trash floating in the water. Our locking skills are pretty good, but the long waits for locks still aggravate me.

We continue to meet really nice people, both on the water and off. The week of travel down the Mississippi, Ohio, and Cumberland to Green Turtle Bay showed how much fun traveling in a group could be. At the marinas we’ve met some very nice people who work there and boat there. We get quick smiles, offers for beer and a few places where there wasn’t a loaner car, local people have offered to take us places.

Quo Vadimus continues to operate well. I’ve been doing the maintenance cycles of oil changes, fuel filter changes, checking fluids, etc. The time between fuel filter changes has gone up, so it looks like I’m getting most of the sludge out of the tank. Mostly the water has been calm, it will be interesting to see if the waves in Florida stir things back up again.

Still lamenting the loss of Belle. For a few days after we would catch glimpses of her and occasionally hear her. I’ve decided that we’ll keep flying the “Cat On Board” flag until we get back home.

We have also heard from many of you either by email or your comments on the blog. It’s always nice to hear from you. We are planning to be home in December, we will work on catching up with you then. Until that happens we will continue to toast “Family, old friends and new” at Docktails.