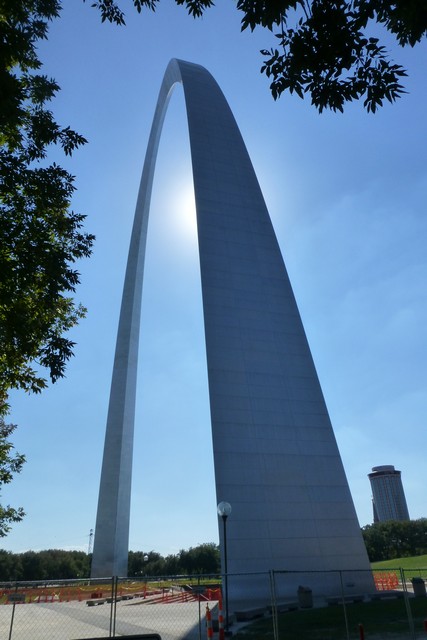 Just a quick monthly update of where we are and how its going.

To date 2117 nautical miles (2434 statute miles), so we are about 1/3 of the way through the trip. We’ve completed month 5, so we’ve been gone almost ½ of our estimated time. We’ve traveled 81 of those days, for a total of 318 hours. So travel days are about 55% of the time, we were targeting 60% so that’s close. Our miles per travel day was predicted at 30 per day, it’s now 26 miles per travel day. It’s taken a big jump in since last month, we did long leaps around Lake Michigan and in going down the Illinois. For example we averaged 35 miles a day for the last 9 days.

We’ve burned 1,478 gallons of fuel, with an over all economy of 1.4 miles per gallon. We gotten some great mileages the last few days with a 3 knot current pushing us. The next 350 miles won’t be as good since the current on the Mississippi is less and we will be facing a current on the Ohio. Average cost for fuel is now $4.45 a gallon and has been dropping since we left Canada. We budgeted $36,000 for fuel ($6 per gallon for 6,000 miles) so we are under budget for fuel costs.

Dock cost are averaging $1.50 per foot per night. We paid $3.50 a foot (including electric and taxes) in Chicago, that’s been the highest in the last 30 days (really in the entire trip).

So much for facts and figures.

Belle is still doing OK. As an elderly cat, she has her issues, but is still hanging in there. She has kept up her routine of getting us up in the morning. Wasn’t a big deal in the Eastern Time Zones, but it’s now 5:30 AM in CST and it’s annoying. We’ll be back in EST pretty soon, so that should help. She still naps around the boat while we move, but she’s been thrown a few times by the long lock waits. She has assumed that we were done for the day and would come up. We’d then start the motors and she would climb back down and head to the V-berth.

Susan has been keeping up with the pictures and the videos pretty well. Lack of decent internet connections has made it hard to uploads. During the longer days she has been splitting the driving with me and that’s helped both of us.

She is still making great dinners. Not as often since we’ve had great places to eat in Milwaukee, Chicago, etc. But there is lots of anchorage time coming, so expect to see more posts about her great food.

Foster is still doing OK. My shoulder pain has come and gone, some due to backing down on the exertion and I got a resupply of my Chinese Herbs. There is lots of planning to do as we go down the rivers, so I’ve been more in the future than in the present moment. But my September memories of horse poop, walleye fishing, fish boils, Maker and science Fun, Sputnik and the cool Chicago buildings are very good, still super happy that I’m on the trip.

Both Susan and I are tired, the last month has been a whirlwind of places with lots of heavy duty touring and sightseeing. We have been doing so much at each place it’s been hard to keep the blog up to day. (Presently I’m 3 days behind). I’ve tried writing on the rivers, but it almost needs both of us looking for the barges, fish boats and markers.

We will be in a little calmer location in about 10 days at Green Turtle Bay in Kentucky, I’m planning a few extra days there to recharge.

The boat is doing well it gets an oil change and a transmission fluid change on Monday. I’m still working of the algae in the fuel, but changing the filter every 75 gallons seems to have that under control.

We both still miss you guys back home and are looking forward to real face time in December.