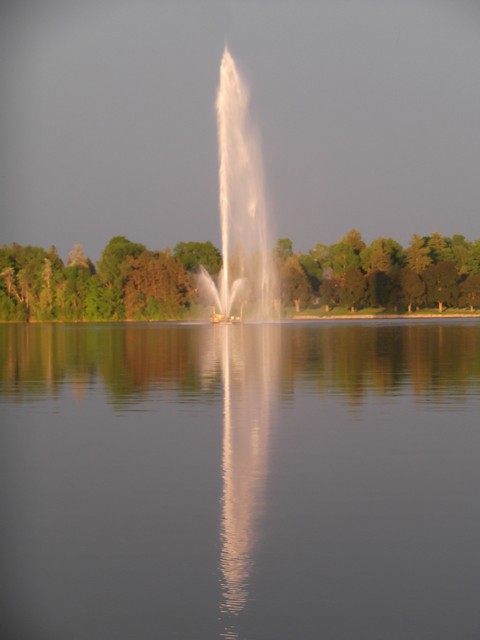 I don’t know if you’ve looked at a map of our first part of the journey in Canada. We’ve gone about 90 miles on the water, but it’s only 50 miles by car back to Trenton. Or just 27 miles to the shore of Lake Ontario. It’s been lots of twists and turns along the river. Saturday (7 June) would be another of those days.

We left Hastings on Saturday morning and headed West. It’s just a short run to the eastern end of Rice Lake. We poked along the canal segment because of all the fishermen out on the water. This is really the second good weekend they’ve had this summer, so they are out making the most of it. Susan got into the swing by trolling along Morrow Point and into the lake.

Once on the lake it was throttles down and we were doing 10 kts on a very flat surface. While I did slow for fishing boats we made very good time. We passed a cruiser we had shared a dock with in Campbellford, they are working their way to the Georgian Bay.

After an 15 mile run, we took a right into the Otonabee River. The river is very, very narrow, with houses built up right to the waters edge. We took it slow for the remainder of the trip.

Susan tried trolling again, I put one engine in neutral and the other in idle and we moved along at 2.5 knots. A little fast, but about the best I could manage. She moved from the stern to the bow, that way she could cast off the front and her “bug lure” could sit a moment before moving on the water. We both saw big fish jump, but she didn’t have any takers.

20 Miles on the river we were at our first and only lock of the day. It was full with three other 18′ boats and the Quo Vadimus. We were soon locked through and nestled into our spot at Peterborough Marina. This is the first marina that we’ve been to that have braided the excess lines vs just dumping them on the dock!

There was a special present waiting for me, my wonder, awesome, amazing sister sent my hat to me!!! I had left it at her house and had missed it greatly.

We headed uptown to a hardware store, beverages, supplies and maybe some food. We stopped into the Only Boater’s World in Canada . It was small but very well stocked. I really miss the ones in the US, they were much nicer and less expensive than West Marine.

On our errand tour I found three used bookstores! I was able to pick up the two “new” Ian Ranking Inspector Rebus books.

Dinner was at Riley’s Old town Pub where we had plans to eat something and then go next door and shoot pool. But by the time we were done, the sun from the day had set in and we were ready to head back to the boat.

I hung out some with our new marina neighbors, but soon I was ready for bed and called it another very nice Canadian day.

Sunday started off great, I did a load of laundry and Susan and I had a great breakfast at Jack’s Chicken. (3 eggs, sausage, homefries, toast, coffee for $6.99!)

We then met up with Loopers here in Peterborough. She gave us a bag of local information and a jar of home made preserves. We talked about where we were going to make sure we didn’t miss anything.

We then set out on a great bike adventure to Lock 21, the highest hydraulic lift lock in the world. Opened on July 9, 1904, it’s been in use ever since. It’s very cool, there are two “pans” that you drive your boat into. The weight of the upper pan, pushes the lower pan up in the air. They add extra water to the upper pan so it weighs ~150 tons more than the lower. Gravity is then your friend. 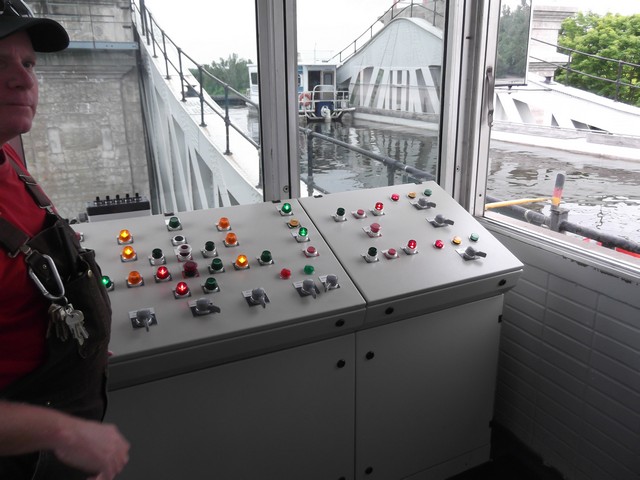 We got to go in the control station and see the control panel. Very simple and everything is controlled by relays, no software involved. The pistons are driven by water pressure. They have a backup system of compressed air in case they need to move the pan up or down slightly.

After touring the lock and the visitor center we biked into town and ate at Gerti’s downtown. Traffic in downtown was very light, so I was not risking my life by riding around. I had steamed mussels in a broth, they were fabulous! 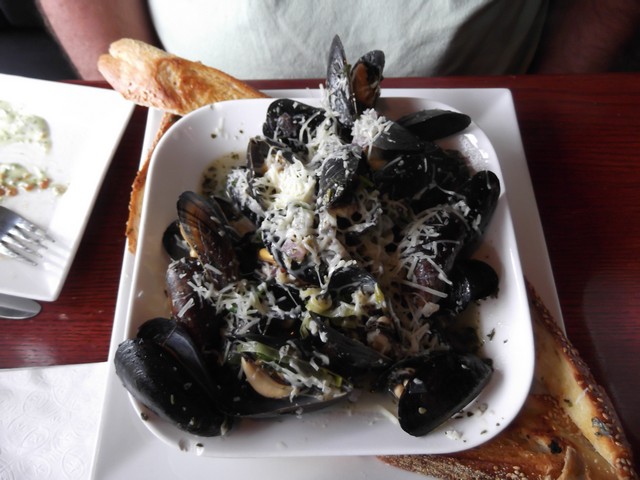 On Monday we hit Jack’s for breakfast and then headed over to the Canadian National Canoe Museum. I never realized that there were so many lakes, rivers and streams in Canada. Their canoe was their major mode of transportation in the 1700′s and 1800′s. We got to see very early 2-3 person canoes to a 30 foot long one that was used to transport goods.

Dinner was another attempt at Fish and Chips. The place in Trenton hadn’t met the mark and Susan wanted to try it again. So it was back to Jacks for F&C and they were very good. Highly recommended! Yes, we know that Jack’s is a chain, but even so, it has produced high quality food for us.

We are off to ride the Lift Lock on Tuesday!

3 thoughts on “Rice Lake and Peterborough”